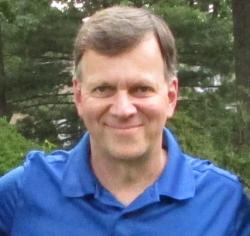 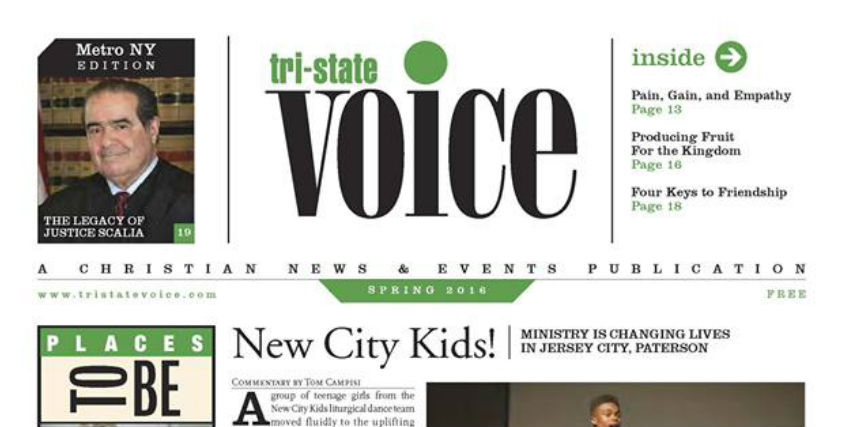 It has been more than 20 years now since Tom Campisi, a former sportswriter and newspaper editor, became steward of his own regional, faith-based news publication, and while his education in the industry never ends, the results after two-plus decades can certainly be termed a success.

Campisi is the owner and publisher of Tri-State Voice, a monthly Christian newspaper based in northern New Jersey that covers the New York City metropolitan area.

The award-winning Tri-State Voice print edition has been widely recognized as a leader in covering the evangelical community in New Jersey and New York City. After establishing itself and building a large base of readership, a companion online presence, the TriStateVoice.com blog, was created to supplement the content in the print edition of the newspaper. It claims to be “the only Web site in the region where Christians and seekers can come to be edified and encouraged.”
a high-school sportswriter and then a community features editor and writer for New Jersey’s largest newspaper, The Star-Ledger, and went out on his own to take over a dormant Christian publication.

“When I left (The Star-Ledger), I worked for one year in Christian radio to get experience in advertising,” Campisi recalled. “This opportunity came up in 1995. The Tri-State Voice was started by a guy named Joe Battaglia, who was the general manager of a Christian radio station. The plan was to have his paper supplement the radio station. He started the paper in 1992, but it was dormant for about a year. I saw an ad for a magazine job that opened up for sales at the radio station, and there, I got experience doing sales and selling advertising.”

Anybody who knows the habits of newspaper folks, and sportswriters especially, will understand what a career stretch it is to go from reporting news and sports to selling advertising.

“I was out of my element when I first started selling ads. I was wearing suits, which I wasn’t used to,” Campisi laughed. “By coincidence, I met Joe Battaglia, and I told him I wanted to start a Christian newspaper, and he suggested I take over the Tri-State Voice. He turned the rights over to me. I kind of re-started it in 1995. He had laid a good foundation. That became my passion. I had some other jobs, in public relations and teaching journalism, along the way.

“I took a seminar about starting a business and having a business plan. I’ve enjoyed that aspect of it. I developed a skill set I didn’t have previously.”

But, even with his combination of journalism savvy and newfound business experience, Campisi said there was one step along the way that, in retrospect, he wishes he would have taken back in the mid-1990s.

“I didn’t seek financing,” Campisi said. “I didn’t know any better then. That’s probably what I should have done, knowing what I know now. The paper is supported wholly by advertising. We give it out for free, mostly to churches in central and northern New Jersey. I’d say at the high watermark, we were grossing about $140,000 a year in advertising.”

Eventually the combination of the economic downturn that began in earnest in 2008 and the industry-wide gravitation of content consumption from print media to digital forced Campisi to make two decisions that have helped him keep Tri-State Voice in the black and going strong: Developing an online presence for the paper, and reducing the paper’s distribution from a monthly model to a quarterly one.

“We switched from a monthly to a quarterly in 2012,” Campisi said. “It’s been more manageable, and there is still a lot of advertising coming in, but our expenses are lower now.”

“It was already a challenge as a monthly to be relevant,” Campisi admitted. “We promoted conferences, and events like Billy Graham’s last crusade in Queens in 2005. But as a quarterly you get more features, more evergreen content, and fewer events. We are featurizing content more. There’s a whole other rhythm to a quarterly. A quarterly’s challenge is like a diesel, once it comes out, you lose momentum because you have three months until the next issue. So we came up with the tagline “Every issue is news, every issue is an event.” Our hook is that we’re local. We are in a lot of different churches. We try to be representative of our readership in the area.”

Campisi said that the true rewards of his business come in the form of publicizing inspiring, uplifting stories of people in the community. He gave this example:

“This guy, Jinu Thomas, runs a big conference called Collyde Summit, and he has son who has had a lot of heart surgeries. Jinu and his wife talked about maintaining their faith through all their trials. He told me this great story about how he came to the United States from India with a dream, put himself through college, worked for Johnson & Johnson, got married, and their first baby was born with half a heart basically. This article was supposed to be a Q&A and I thought about it, and I decided to make it a column instead. It came out to about 1,300 words, and it flowed.

“There’s nothing like telling a good story, about him, about the American Dream. When you do something like that, it fires you up again to do it again. This is why I got into this business in the first place.” 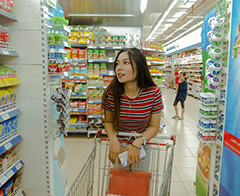 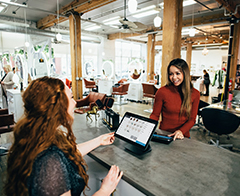 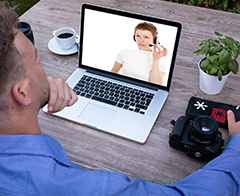