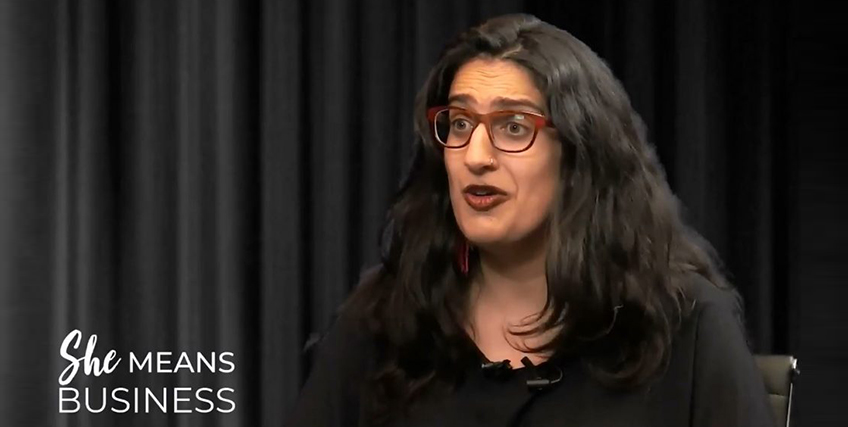 Sarita Ekya, Owner of S’MAC Restaurant in New York City is not your stereotypical New York restaurateur. For one thing, she is a woman. That makes her a minority in the New York restaurant scene. Men make up the overwhelming majority of restaurant owners. And while over 63% of restaurant workers are female, they tend to hold jobs as mid-level managers and servers. In addition, women make up only about 19% of all executive chefs.

Sarita offers 5 tips for woman business owners that can be applied to just about any business venture.

Trained by education as an engineer, Ms. Ekya held a senior engineering position for years in her home state of New Hampshire. As Ms. Ekya describes it, “I went from one male-dominated industry to another.”

After making weekend trips to Manhattan for years, Sarita and her husband (also an engineer) decided they were going to move into Manhattan. With only a modest savings of 3 months’ living expenses, they took the plunge and moved into a sublet apartment on Manhattan’s Lower East Side. They swore to each other that they would not take jobs that they did not absolutely love. Talk about pressure. Only 3 months of living expenses and seeking the perfect job in New York.

Technically, Ms. Ekya failed that test, she never found a job, and she started her own business in one of the most competitive places on the planet to succeed in running a restaurant. After dining in the myriad niche restaurants on the Lower East Side, Sarita was struck by the success of a restaurant that specialized in only peanut butter and jelly sandwiches.

It was then that she says the idea of  S’MAC, a mac and cheese-only restaurant (macaroni and cheese that is) was born. Armed with a passion and a love for comfort food, Sarita set about the almost impossible task of starting a niche restaurant in New York City.

Sarita’s tips for woman business owners include problem-solving skills. Being a newcomer to New York and having no restaurant experience, Sarita faced an uphill battle. She explains that the logistics of creating a sustainable niche restaurant has unique challenges because it would require her to basically invent a new way of designing a kitchen to sustain the mac and cheese niche. Most restaurants such as pizzerias have well-established designs that new business owners can follow, such as cookware, ovens, take-out containers, etc.

Second in her tips for women business owners is relying on your existing skills and sometimes adapting them to new challenges. Sarita says that her training and education as an engineer came in handy when creating the operational plans for S’MAC. Little did she know when she was sitting in engineering school that her education would prepare her for designing an oven for mac and cheese.

She explains that she just fell back on her training and experience and applied it to the task at hand. Sarita points out that your best asset may be your own (sometimes latent) abilities. She stresses the importance of thinking creatively to tackle problem-solving.

When starting S’MAC Sarita says she spoke to restaurant owners incessantly. Each day she says she walked the streets of Manhattan and spoke with as many restaurant owners as she could, most times just walking in and introducing herself. “Being curious and speaking to people with experience,” says Ms. Ekya, was one of the most helpful things in being successful.

She feels that many women are reluctant to ask advice on matters of business practice. Sarita also says that most women business owners shy away from conversations about finance and technology. Her advice to would-be women entrepreneurs is to lose the shyness and “ask, ask, ask.”

Unique Perspective on Personnel Issues as a Female Business Owner

The perception of her as a maternal figure by some employees made it sometimes awkward to have a business conversation. She explains that she wanted to create a warm family-like atmosphere to build employee morale, but things often became too familiar and the business suffered.

Knowing she had to change the dynamic of those perceptions to be successful, Sarita says she realized that she would address the issue initially by enlisting the assistance of her husband who occasionally helped her with the business.

“Initially, I thought it would be more efficient to inject a more mature male into the equation,” says Sarita. “I eventually came to realize that what I really needed to do was to create some separation of reporting lines and keep interactions somewhat formal and businesslike.

After adjusting her employee interactions, she says she achieved the desired effect with her staff and became more productive.

When Ms. Ekya reflected on the realities of getting a business loan from a bank, she said that she did manage to get a few microloans, but not nearly enough to start her business.

When asked if she felt that her gender or race played a role in acquiring financing, Ms. Ekya responded philosophically saying, “Bank loan officers may have some bias to grant loans to people who they identify with.”

However, Ekya acknowledged the inherent risk in her venture as the biggest obstacle in getting business financing. But determined, she persisted. She says her breakthrough came when she established a close relationship with a bank loan officer, inviting him to the restaurant and sharing her vision. She says once that familiarity was established, the (male) loan officer became her champion in getting her first meaningful bank loan.

But for Sarita, she says her big achievement in securing business financing was the online marketplace for business loans. She explains that the use of technology in making lending decisions was very objective and focused squarely on the fundamentals of the business. She notes that using the online marketplace was slightly more expensive than financing from a bank, but noted, ”When you need the money, you need the money, it’s part of doing business.”

Sarita Ekya is a years-long client of Biz2Credit for business financing.

What Small Businesses Need When Applying for PPP Loan Forgiveness 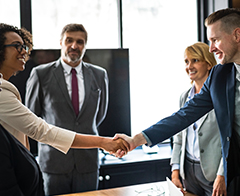 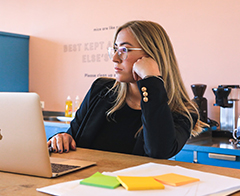 The Impact of COVID-19 on Minority Small Business OwnersRead More

Downsizing Your Small Business and How to Do it RightRead More