Checking the Menu for Sources of Restaurant Loans 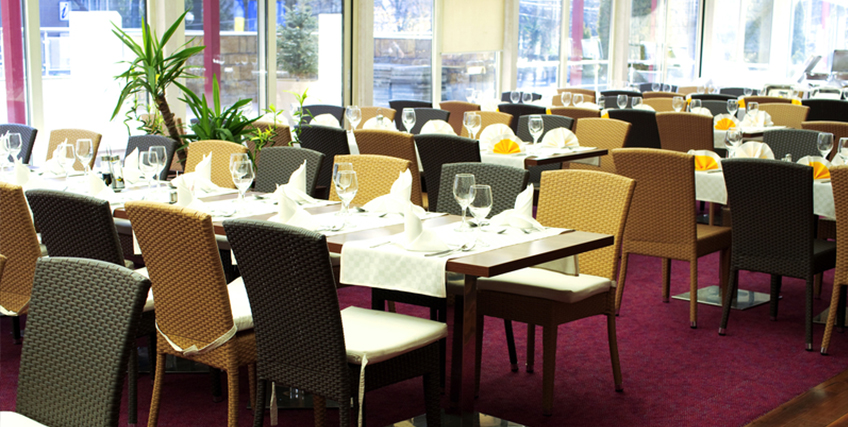 Americans love food. That fact is indisputable. But banks get indigestion over restaurant loans.

Websites including The Daily Meal and Toast, an award-winning restaurant industry blog, are dedicated to the dining experience. We have an entire cable network, the Food Network, devoted to eating. In addition to the Food Network, viewers can watch a plethora of restaurant reality shows, including Gordon Ramsay’s Hell’s Kitchen on FOX, Travel Channel’s Burger Land, which examines the art of making the perfect burger, and Man Finds Food in which host Adam Richman seeks out “off-the-grid” eateries. Even SpongeBob SquarePants has episodes centered on the happenings at SpongeBob’s employer, The Crusty Crab.

In June 2017, USA Today reported that the average Millennial eats out five times a week, while a study by Bankrate.com concluded that Millennials are not saving as much as they could because they are spending money on eating out or ordering in from online services. The presence of websites, such as Uber Eats and Grubhub, make it easier than ever to get meals delivered right to their doors. Further, industry trade Supermarket News reported that the “clear, overarching trend with Millennials is that spending on groceries is down, and spending on food outside the home is up.”

It’s not just Millennials who like eating in restaurants. According to an April 2017 report by the Bureau of Labor Statistics, the average household in the United States spent an average of $3,008 on eating out in 2015. That’s up from $2,787 the previous year. For individuals in the top 20 percent of income, the average figure is over $6,000.

No wonder why so many aspiring restaurateurs want to get into the game. Countless people who love to cook and may be frustrated by their current careers opt to take the plunge and open an eatery of their own. The biggest challenge often is securing restaurant loans to get the venture off the ground. Startup costs include: either buying a building or signing a lease, purchasing restaurant equipment, obtaining permits and insurance, hiring and training staff, and buying inventory.

What types of loans are available for restaurants?

Term loans
Banks have long offered loans for startup businesses. According to the most recent Biz2Credit Small Business Lending Index, big banks (assets of more than $10 billion) are approving more than one-in-four (25.6 percent) of the small business loan applications they receive. The figure is a post-recession high for the Index, which has tracked business loan approval percentages since January 2011.

SBA Loans
Although The Small Business Administration (SBA) itself does not make loans, it works with approved lending partners, including numerous regional and community banks to provide funding to aspiring restaurant owners. The federal agency provides government guarantees – up to 75 percent of a loan amount – to the lenders in order to mitigate their risk and to encourage them to lend. Because of this fact, SBA loans may indeed be easier to secure than traditional bank loans. However, since the government is involved, things move slower and more paperwork is involved.

Alternative lenders
Traditional bank loan and SBA loan underwriters weigh personal credit scores heavily in their loan decision-making process. If a potential borrower’s FICO score is too low, the application for restaurant financing is likely to be declined. However, alternative (non-bank) lenders are available to make funding available, albeit at higher interest rates. Many of them are willing to provide restaurant financing with bad credit. Non-bank lenders make quick approval decisions – sometimes within a couple of days – for loan requests. They will look more at the performance and potential of the restaurant and the owner’s past experience rather than focusing so intently on credit scores.

Because alternative lenders are willing to lend money to higher risk businesses, the cost of capital is much greater. They will charge rates of 20 percent or more. Thus, alternative lending might be the best option for a short-term cash crunch or to pounce on a deal that must happen quickly. Ultimately, the restaurateur will want to repay the expensive loan quickly or, at the very least, obtain a less costly source of funding once revenues expand.

Business Line of Credit
Unlike a business loans, a business line of credit acts as ready cash in times of need. A line of credit can be a business lifeline in times of emergency or even seasonal cash flow tightening. It is a lump sum of money that a bank can make available for times of cash shortages or to make significant purchases at a lower interest rate than a credit card offers. Borrowers pay interest only on the amount of the credit line that is in use. For instance, a company that has a $25,000 line of credit would only pay interest on $2,000 if that amount is needed to replace a restaurant refrigerator, for instance.

Different circumstances require different types of funding solutions. Startups may look to SBA loans from lenders who want the government guarantees, while established restaurants with a record of solid financing performance may be able to obtain traditional bank loans. A restaurateur who has hit a rough sport may have to look for an alternative lender if he or she does not qualify for a bank or SBA loan and does currently have a business line of credit. 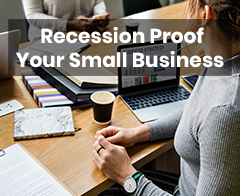 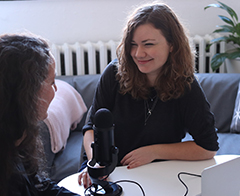 Podcasting for Business: Why Now is the Right Time to Start 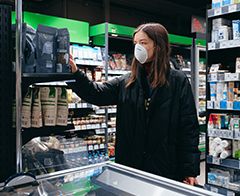 How to Manage Business Supply Chains Through A Demand Crisis

Podcasting for Business: Why Now is the Right Time to StartRead More

How to Manage Business Supply Chains Through A Demand CrisisRead More