How the RESTAURANTS Act of 2020 Could Save Small, Independent Restaurants 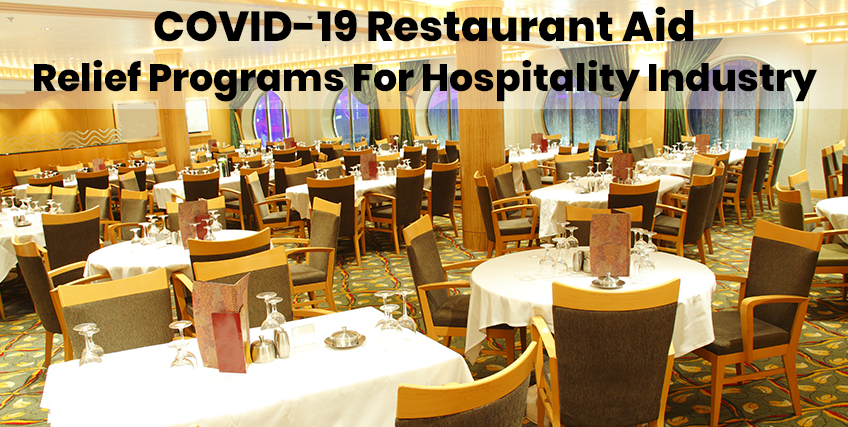 The COVID-19 pandemic has decimated the restaurant industry in the last six months. However, a new bill in Congress, the RESTAURANTS Act of 2020, would provide relief through the establishment of a $120 billion Restaurant Revitalization Fund. The bill is currently in Congress as proposed legislation and has not been passed.

The bipartisan Real Economic Support That Acknowledges Unique Restaurant Assistance Needed To Survive Act (RESTAURANTS) Act is a proposed federal government relief package for the restaurant industry. The bill was introduced by Representatives Earl Blumenauer (D-OR) and Brian Fitzpatrick (R-PA) in the House of Representatives on June 15, 2020, along with Senators Roger Wicker (R-MS) and Kyrsten Sinema (D-AZ) in the Senate on June 18, 2020.

The Independent Restaurant Commission (IRC), which was formed to save restaurants and bars during the COVID-19 pandemic and represents 500,000 small business restaurants, notes: “Economists estimate that there needs to be a minimum of $120 billion cash flow to our industry just to pay our backlogged bills, rent, and taxes – and that’s before we pay our employees, who we cannot even hire back if other operational costs go uncovered.”

The $120 billion fund “would grow the economy up to $271 billion, reduce national unemployment by up to 2.4 percent, and revitalize supply chains worldwide,” according to a report by Compass Lexecon in association with the IRC. Restaurants are part of America – they employ over one million single mothers, are a top employer of non-white managers, and nearly 40 percent of independent restaurants owned by immigrants. Without the fund and help from Congress, 85 percent of independent, small business restaurants could close for good.

Major U.S. corporations including American Express, Delta Air Lines, Hyatt Hotels, Sysco, and The Coca-Cola Company along with over 215 farmers, distillers, distributors, and other associated businesses have announced their support for the RESTAURANTS Act. The companies have warned that, without restaurants, their businesses “would be impacted and the economic framework of cities and towns across all parts of the United States would be dramatically altered for the worse.”

The bill is currently in Congress as proposed legislation; it has been referred to the Committee on Finance in the Senate and the Committee on Financial Services in the House of Representatives with Rep. Blumenauer pushing for action. “Without special, tailored Federal help, we are going to see [425,000 independent restaurants in the U.S.] disappear for good,” he said on the House floor on June 29, 2020. Since then, 140 representatives, in a show of bipartisan support, have added their names as co-sponsors of the bill. There are now 172 co-sponsors of the RESTAURANTS Act of 2020 in the House of Representatives. The correlating bill in the Senate has a total of 26 bi-partisan co-sponsors.

How Does the Fund Work?

If signed into law, the RESTAURANTS Act would establish a Restaurant Revitalization Fund to which restaurants can apply for grants. Similar to the PPP loan program, the grants are forgivable and do not need to be paid back. Funding is provided for expenses incurred due to the COVID-19 pandemic including, but not limited to:

If the funds are greater than the actual revenues of the restaurant or are not used by December 31, 2020, then the grant will be converted to a loan with an interest rate of 1 percent and 10-year maturity.

For the first 14-days, funds will be for restaurants with annual revenues of $1.5 million or less, with a specific focus on local small restaurants that are owned or operated by women, veterans, or people of color. The fund also sets money aside for outreach to traditionally marginalized and underrepresented communities.

Funds do not need to be repaid and grants are based on comparing revenue from 2019 to revenue in 2020 thus far. According to the National Restaurant Association, sales in 2019 were over $865 billion and were projected to reach nearly $900 billion in 2020.

What Happened to the Restaurant Industry?

According to the National Restaurant Association, restaurants lost $120 billion total from March to May with more than 8 million unemployed at the height of the coronavirus pandemic. Easily the hardest hit sector of the economy, the restaurant industry typically contributes over $850 billion in annual sales to the U.S. economy with more than one million restaurants. The industry also has ties to farmers, fishermen, winemakers, cheesemakers, and delivery services through food production agreements.

In the middle of March, restaurants were operating at a nearly 75 percent deficit year over year; at the beginning of August, they are still nearly 40 percent under last year’s sales. “The restaurant industry provides a $1 trillion annual boost to the United States’ economy,” Rep. Earl Blumenauer noted, “to say nothing of supporting tens of millions of individuals’ and families’ livelihoods.”

According to statistics and published industry surveys from the IRC, Rally for Restaurants, and Congress:

“More than 70 percent of these restaurants are small businesses that support their local communities,” Marvin Irby, interim president and CEO of the National Restaurant Association told Newsweek. “These local restaurants run on razor-thin pre-tax margins, and they are facing an unprecedented cash flow crisis.”

Signed into law by President Donald Trump on March 27, 2020, the Coronavirus Aid, Relief, and Economic Security (CARES) Act has done incredible work helping small businesses secure government-backed fully-forgivable loans that can absorb payroll costs and operating expenses with the understanding that the business must reopen (when it is safe) and rehire all employees that were furloughed or let go due to the pandemic.

The Paycheck Protection Program has given about $42 billion in loans to the hospitality industry (primarily restaurants, bars, and lodging companies), but many restaurants went through loan money quickly “because the original terms of the program required them to use the money within eight weeks in order to get loan forgiveness,” USA Today reported at the beginning of August. Although the money initially allowed restaurant owners to rehire employees who were laid off, the public health crisis has forced restaurant operators to close business because of the virus’s resurgence and the loans did not address the specific re-opening challenges that restaurants face.

Reopening is up to local governments but also needs to take into account the social distancing and safety measures business owners have to adhere to because of the coronavirus outbreak. Many places could not fully reopen before the terms of their PPP loan expired, but when they could reopen, they were even slimmer margins due to restrictions on dine-in service across much of the country. Takeout and food delivery is helping some restaurant businesses, but many indicators predict that 85 percent of restaurants could permanently close due to the pandemic.

Data from the Small Business Administration (SBA) and the Treasury Department show that only 8.1 percent of Paycheck Protection Program (PPP) funds went to the Accommodation and Food Services sector. Although there are over 500,000 independent restaurants in the U.S., only 377,460 loans were distributed across the entire hospitality sector. This gross underestimation has led politicians, like Senator Susan Collins (R-ME), to note that a second round of coronavirus aid and PPP loan funding should be directed to food, accommodation, and retail services.

The RESTAURANTS Act is still in Congress, and pandemic relief packages are not progressing at a pace that would help small business owners. Restaurant owners, chefs, and other stakeholders are uniting together and utilizing social media to lobby Congress and the federal government to pass a relief package to help restaurants. The coronavirus pandemic has hobbled the restaurant industry and is disproportionately affecting people of color and single mothers who are working as restaurant employees, suppliers, farmers, and other contributors to the eco-system.

According to the IRC, the establishment of the $120 billion Independent Restaurant Revitalization Fund, through the RESTAURANTS Act, would generate at least $271 billion in economic returns from restaurants and bars impacted by the COVID-19 crisis while reducing the unemployment rate by nearly 2.5 percent.

The passage of the RESTAURANTS Act is essential to maintaining a key part of American life. From New York to California and Ohio to Texas, restaurants make up a large part of cities of towns everywhere as small businesses contributing billions of dollars annually. If they fall, a large part of our economy and daily life will go with it. 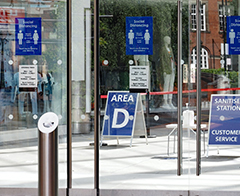