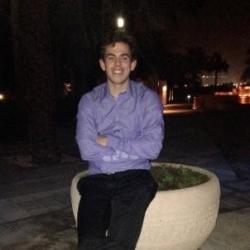 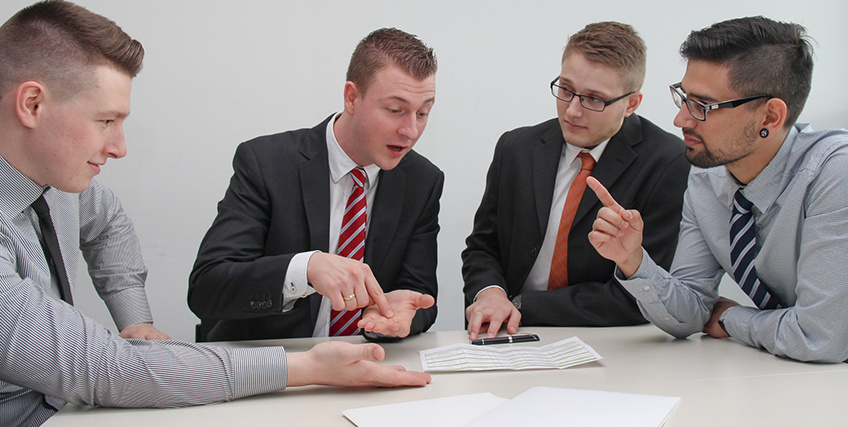 The Coronavirus (COVID-19) pandemic has had a major impact in this presidential cycle. Small businesses have taken the brunt from this public health crisis. Early on, it received funding and assistance from the federal government through bipartisan legislation. However, those funds have dried up as COVID-19 crisis progresses. Despite living in a public health crisis, we are in the middle of an election year and, ultimately, the most important one in our time.

The purpose and tradition of a party platform serves two main purposes. First, it is to inform and educate decided and undecided voters on the political party’s philosophy, principles, and ideas moving forward. Second, it both informs and excites the base and to get voters motivated. Lastly, these party platforms are presented and talked about during the conventions and provide historical snapshots in how the party is reacting and working through current period. Conventions are a major turning point and the jumping off point for the final days of the election cycle before election day. For the incumbent, it is to reaffirm his (or her, one day) commitment to the party to what they see after a couple years in office. For the challenger, it is to reunify the party under one banner and to reflect on the primary system that has just happened. This year, both parties have taken different approaches to presenting their respective platforms to the country.

In my previous article, I presented a summary of the Democrat party’s positions on various domestic and foreign policy issues that are reflective of tackling COVID-19 crisis and looking to the future. The 90-page document Democratic platform contained plans and ideas to rebuild the economy, tackle the Coronavirus (COVID-19) pandemic, civil rights, international relations, etc. Unlike the 90-page detail plan that Democrats publish during their convention, the Republicans and GOP have chosen not to publish a new platform during their convention week. Instead, their one-page resolution concluded, “That the Republican Party has and will continue to enthusiastically support the President’s America-first agenda.”[i] In addition, it attached a copy of their 2016 platform below their statement.

The 2016 platform was reflective of the party’s grievances and divergence from former President Obama. In four years, the Republican party’s political rhetoric and principles may have stayed the same but aren’t reflective of what is going on today. In the past 10 months, we are living in through a once-in-a-life time public health crisis, political activism movements across the country pertaining to police brutality, and an impeachment process. Nevertheless, the Republican Party has fully given their support to President Trump, the question is what small businesses can expect from the Trump Administration rather than the Republican Party itself? It is hard to anticipate what small business owners can expect from Trump, if anything. In recent weeks, we have learned that President Trump has withheld information from the American people on the Coronavirus, continue to spread lies on wearing face masks, and the list goes on. Unfortunately, small businesses and voters alike should take these policies with a grain of salt due to not being provided with enough information and understanding to President Trump’s policies.  There are three main areas, disregarding issues (climate change and the Coronavirus Pandemic) that are overhyped, continuation and tax cuts. To understand Trump’s policies is to provide a brief review on his actions, positions, accomplishments over the last four years while mixing in what his vision is for the future.

The convention and the platform completely represent President Trump. In addition to potentially violating laws founded in the Hatch Act, which prohibits civil service employees from participating in political activity (except for the President and Vice President), the convention was a major spectacle in front of the White House instead of in North Carolina due to COVID-19. The convention was revolved around President Trump in addition to spreading misinformation about a number of important topics that directly and indirectly impact everyone such as the coronavirus (COVID-19) pandemic, attacking the opposition especially Vice President Joe Biden, and reaffirming outdated political propaganda and campaign slogans like “Make America Great Again!” or “Keep America Great.”

First, the climate change debate is by far the biggest distinction with Vice President Joe Biden. Since the start of his term, President Trump had the United States leave the Paris Climate Agreement, an agreement within the international community will collectively combat against climate change. In addition, the Trump Administration has rolled back over a hundred environmental protections including rules protecting our air, water, and climate change.

Recently, California has entered its worst wildfire history with some of the worst wildfires this past year than its entire history. Thousands of acres have burned. President Trump has always attributed this to poor forest management, but it is more than that. California continues to be in a drought causing everything to become drier. Scientists have attributed this to climate change

The Coronavirus pandemic continues to devastate the United States and the rest of the World. At the time of writing this article, the United States has had over 200,000 people die from the Coronavirus. During this time, Congress has managed to incorporate bipartisan legislation that has helped small business such as the Paycheck Protection Program and other programs that have assisted in keeping small businesses afloat. New relief packages have been held up as Senate Republicans and House Democrats continue to discuss on what the much-needed relief package will need.

Nevertheless, the positions between political parties is very stark. President Trump has not offered any new policies concerning face masks or combating the coronavirus aside from the reliance on developing a new vaccine. Even though masks have been proven effective by the Center for Disease Control (CDC) and by Dr. Fauci, the administration continues to play it down. On the campaign trail, you see many voters not wearing face masks at his rallies.

In his healthcare’s agenda, there are some inconsistencies such as “cover all pre-existing conditions.”[ii] One of the major issues, is that this condition is part of Affordable Care Act (AFA) from the Obama Administration. However, President Trump’s Administration is suing against in the Supreme Court. In 2017, President Trump try to abolish the AFA but didn’t have enough votes in a Republican controlled Senate. In addition, we are still waiting to see a fully unveiled health care plan that would replace the Affordable Care Act. In a 2019 interview with George Stephanopoulos that he would unveil a new health care plan.[iii] His healthcare plan hasn’t been unveiled and was brought up again a year later in September’s Town Hall with ABC moderated by George Stephanopoulos. It is to be determined if we will see a plan.

There is something that will leave voters to desire, the need for more information. Based on the Trump Campaign’s website[iv] on issues and objectives that are important but require more thorough explanation. The biggest policies will be Social Security and Medicare. The first question is how will you continue to protect social security? What changes are you proposing?

There is one thing that President Trump is consistent with Republicans and that is his position on tax cuts. In 2017, Senate Republicans and President Trump passed new tax plans. These plans focused on providing higher tax cuts for the wealthy than for the middle class and the lower classes. In line with that approach, President Trump’s second agenda is promoting “Made in America” Tax Credits, eact fair trade deals that protect American jobs, expand opportunity zones, create 10 million new jobs in 10 months.”[v] If anything they will want to continue toward developing more policy in this area and bringing companies back to America.

The purpose of providing a political platform is more than informing what the party stands for, but it is a reflection of what has happened over the last four years with more emphasis on the last few months depending on. That being said the Republican Party platform rundown chose to embrace President Trump and whatever his plans. As discussed, the Republican political platform or Trump platform is uncertain. The only thing that voters and small businesses should do is to pay attention and take a hard look and really think about they will vote for in November. Thankfully, there should be debates between President Trump and former Vice President Biden and perhaps some vice-presidential debates between Senator Kamala Harris and Vice President Mike Pence.

Ultimately, the President’s policies are saying one thing, do another or nothing at all. It is hard to decipher the platform because there isn’t a platform equipped to reflect today’s goals. Previously, the Republican Party has a consistent idea of their principles and stances but many of these issues don’t entirely reflect the President’s vision or what he will do for his second term making it hard to understand what the ultimate goals is besides getting reelected. I think there is a lot more information that voters desire. In addition, there are tight races for Republican Senators across the country, and control over Congress might switch toward Democrats.

One of the biggest challenges to understanding President Trump is determining fact from fiction. This has been a difficult task for the media being accused of being “fake news” while the larger push for misinformation is more than distracting but is being repeated until it is warped into what is the new “truth.” Understanding the Republican Platform is that and more and the best way to go about it is to review previous actions over the last four years, challenge these incomplete and vague ideas. Voters have a right to know the truth, what the plan and vision is and how they got there. I think that will be a major step in the debates.

[i] You can get access to the document on the GOP website but I have decided to provide the direct link to the platform https://prod-cdn-static.gop.com/docs/Resolution_Platform_2020.pdf

[v] You can read all these points here. It is important to note that there isn’t plan involved. “Trump Campaign Announces President Trump’s 2nd Term Agenda: Fighting for You!” Donaldjtrump.com, 2020. https://www.donaldjtrump.com/media/trump-campaign-announces-president-trumps-2nd-term-agenda-fighting-for-you. 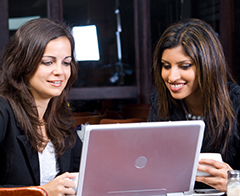 How Online Forums Can Help Your Small Business Be Successful 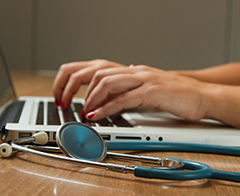 Tips and KPIs to Optimize Your Medical Billing Practice 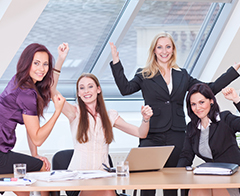 Reopening Your Small Business: How To Make Getting Back to Work Fun Again

How Online Forums Can Help Your Small Business Be SuccessfulRead More

Tips and KPIs to Optimize Your Medical Billing PracticeRead More

Reopening Your Small Business: How To Make Getting Back to Work Fun AgainRead More