After months of bipartisan discussions and negotiations, Congress passed the Consolidated Appropriations Act, 2021, on December 20, 2020. The $2.3 trillion spending plan is a combination of the $1.4 trillion spending bill for the 2021 fiscal year and a separate $900 billion for coronavirus response and relief, including $284 billion for new loans from the Paycheck Protection Program (PPP). The bill passed the House of Representatives 359-53 and the Senate 92-6. Here’s what you need to know:

This is one of the largest ÔÇô and longest ÔÇô spending measures to ever be passed by Congress. We’re going to break down what it means for small business owners and the new relief measures that are, hopefully, coming soon.

What is in the Consolidated Appropriations Act?

In December 2020, the United States-Mexico Economic Partnership Act became an omnibus appropriation and coronavirus relief bill. What this means is that the original text of the act was replaced by a spending measure that would keep the government funded and open for 2021. The difference this year is the COVID-19 pandemic and the relief needed by millions of Americans. Adding a coronavirus relief package to the yearly spending bill allowed lawmakers to pass both in one go ÔÇô both the House of Representatives and the Senate passed the Consolidated Appropriations Act, 2021, on December 21, 2020, overwhelmingly and with bipartisan support. It is important to note, as we discuss in the sections below, that the 2021 fiscal spending bill and the coronavirus response and relief bill are separate funding measures.

Each year, Congress needs to pass a taxpayer-funded budget to finance the government for the following fiscal year. This is similar to any business, except Congress needs to vote on a spending plan that is typically trillions of dollars. The appropriations in this bill are $1.4 trillion ÔÇö as an omnibus measure, it “wraps 12 spending bills into one and funds agency operating budgets through September 30 of next year,” according to the Associated Press. The federal government has been working on this funding plan since early 2020 and, because of the pandemic, is running behind schedule, which is why there was a combination bill that funded multiple areas at once.

The crafting and passage of the spending bill come down to Congress and the White House. The Office of Budget and Management proposed TrumpÔÇÖs ÔÇťBudget for AmericaÔÇÖs FutureÔÇŁ as a benchmark with Republicans and Democrats from both chambers of Congress negotiating from there. (President Trump did not participate; Treasury Secretary Steven Mnuchin worked on behalf of the White House.) The bill is needed to prevent a government shutdown as major government agencies and departments are funded along with military and humanitarian foreign aid.

All of this is separate from the coronavirus response and relief package that was passed at the same time.

ItÔÇÖs been nearly nine months since the $2 trillion Economic Security (CARES) Act was signed into law. Since then, many Americans and small businesses have struggled to pay bills and stay afloat. This $900 billion stimulus package helps in many ways, including $600 checks, unemployment assistance, health care, and small business programs (more on that below).

As part of the coronavirus relief and response package, the Small Business Administration (SBA) will be ÔÇťcontinuing the paycheck protection program and other small business supportÔÇŁ with the Economic Aid to Hard-Hit Small Businesses, Nonprofits, and Venues Act. The Act will provide economic relief to many small businesses through second draw PPP loans and increased business eligibility.

The program will introduce regulations by the SBA Administrator ÔÇťno later than 10 days after enactment,ÔÇŁ which gives the Administration a lot of leeway in determining how borrowers can access funds.

The second draw program allows ÔÇťsmaller and harder-hit businessesÔÇŁ who have already used (or plan to use) the full amount of their first loan to apply for more additional PPP funds, up to $2 million.

These are meant to help small businesses, communities, and low-income areas. The program, and its set-asides, are up to the discretion of the SBA Administrator after 25 days.

To be eligible for a second draw PPP loan (PPP2) businesses must not employ more than 300 people and demonstrate ÔÇťat least a 25 percent reduction in gross receipts in the first, second, or third quarter of 2020 relative to the same 2019 quarter,ÔÇŁ according to the House Appropriations Committee.

These eligible costs are effective within current and future PPP loans, as if they had been included as eligible costs in the original CARES Act legislation. They do not apply to loans already forgiven.

Loan Specifics and the Covered Period

Most of the same terms for PPP loans from the CARES Act are in effect here as well (see above for new covered expenses). The SBA is prioritizing underserved communities in their loan applications. They still have PPP loan forgiveness based on the 60/40 cost allocation between payroll and non-payroll costs. The three main changes are the simplified forgiveness application process, the covered period, and the eligible entities.

PPP borrowers can now use a simplified loan forgiveness application for loans under $150,000 that allows the borrower to receive forgiveness if they:

The covered period has been changed in this Act. It allows the borrower to choose when their covered period ends. The loan recipient has the option of ending 8 weeks or 24 weeks after the loanÔÇÖs origination.

The new legislation also clarifies PPP eligibility by specifying they must be one of the following:

The new legislation does not allow publicly traded companies to apply for PPP funding.

Programs for Nonprofits and Venues

As part of the coronavirus aid package, $15 billion has been set aside for grants for live venue operators and promoters, theatrical producers, live performing arts organizations, museum operators, movie theater operators, and talent representatives. The Associate Administrator of the Office of Disaster Assistance within the SBA will award grants based on priority:

The SBA may make an initial grant of up to $10 million dollars to an eligible person or entity and a supplemental grant that is equal to 50 percent of the initial grant. The money has to be used for covered expenses ÔÇô such as payroll costs, rent, utilities, and personal protective equipment.

Economic Injury Disaster Loans (EIDL) are still available and being used by many small businesses. This Act created a Targeted EIDL program, funded with $20 billion, to provide funding for low-income communities that were hit hardest economically. $10,000 grants, similar to the advance program from the summer, will also be available for eligible applicants in low-income communities who were unable to initially secure grants before the funding ran out.

The covered period for Emergency EIDL grants has been extended through next year to December 31, 2021 while also extending the time for the SBA to disperse loans to 21 days. These extensions will help the SBA and grant applicants get their funding as soon as possible.

Where Does It Go from Here?

On the evening of Tuesday, December 22, after both houses of Congress had passed the bill, sent it to the president, and adjourned for recess, President Trump released a video on Twitter that called the Consolidated Appropriations Act, 2021, ÔÇťa disgrace.ÔÇŁ The video confuses the fiscal spending with the coronavirus response and relief package while also attacking foreign aid that was proposed first in TrumpÔÇÖs own budget.

In his Twitter video, Trump asked Congress to ÔÇťamend this bill and increase the ridiculously low $600 to $2,000 or $4,000 for a couple.” Democrats in the House and Senate have agreed to the increase and drafted an amendment, but Republicans have so far been silent.

Right now, TrumpÔÇÖs refusal to sign the spending bill puts America in a difficult position with a government shutdown looming. House Democrats will bring forward a bill on Thursday, December 24, to increase direct payments to $2000. If it passes with Unanimous Consent, it could go to the Senate that day too. But for many Americans and small businesses, the wait for coronavirus relief could be detrimental. 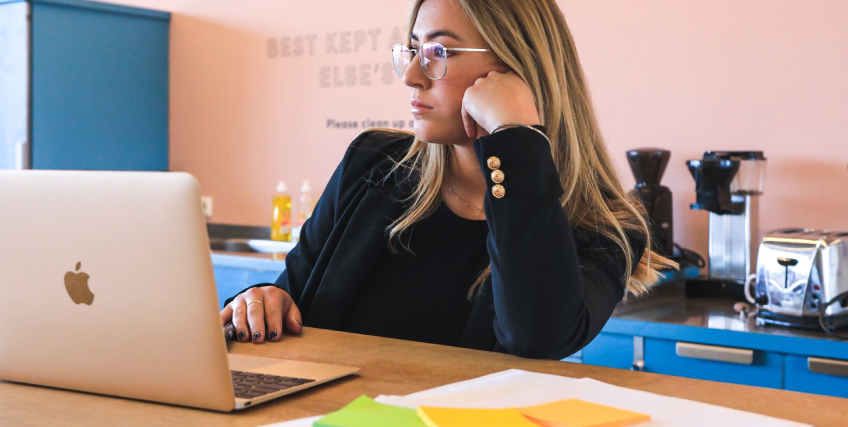 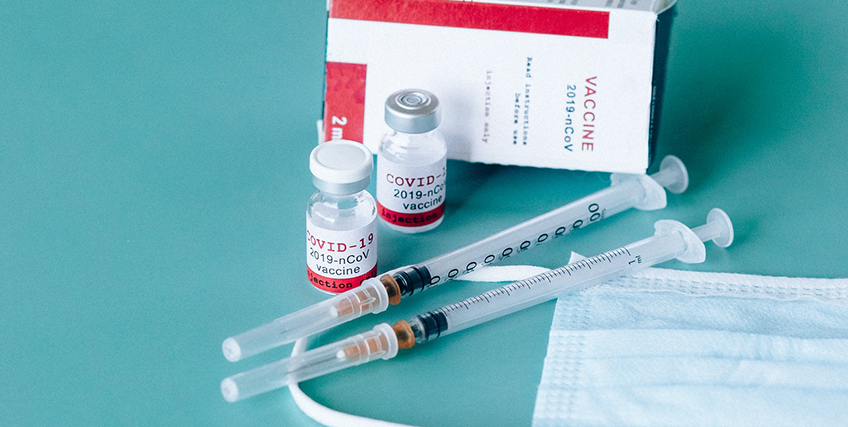 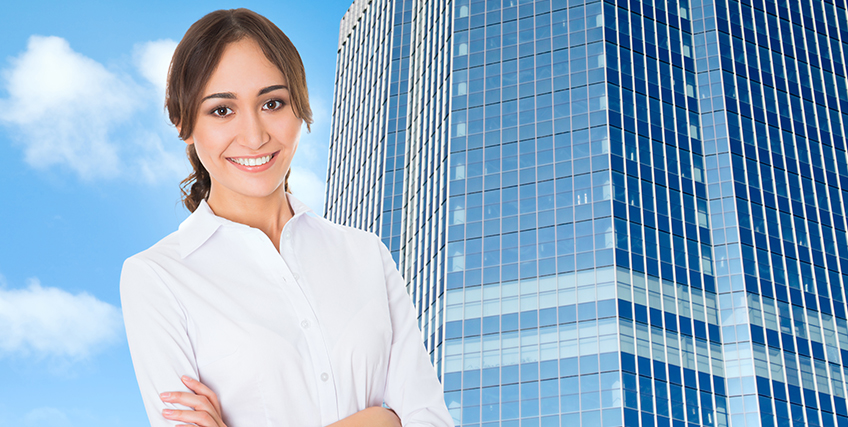