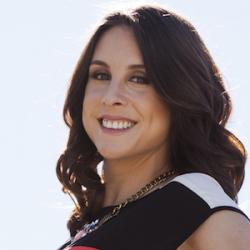 The Origins of the USPS

While the USPS wasnâ€™t founded until 1971, you can trace its history and roots all the way back to early American history and the founding fathers of this country.

In 1775, Benjamin Franklin was appointed the first U.S. Postmaster General by the Second Continental Congress. Not long after, in 1792, the Postal Service Act was passed, which established the Post Office Department and the U.S. Post Office and granted the federal government the right to establish post roads, allowing mail (and, by proxy, information) to travel thousands of miles across the country. By the mid 19th century (1860, to be specific) the post roads connected more than 28,000 post offices across the U.S.

At that time, residents had to wait in line to pick up their mailâ€”until 1863, when free home delivery was authorized in larger cities, where income from postage rates was able to cover the cost of the home delivery. Originally, letter carriers performed home delivery in 65 citiesâ€”but by 1900, mail carriers were delivering letters and other mail to homes in 796 cities across the US. Deliveries were made six days per week, Monday through Saturday, and letter carriers would actually knock on the door and hand off pieces of mail to the residentsâ€”often multiple times per day. Eventually, free home delivery made it out of the cities and into less populated areas, with free rural delivery service launching in 1896.

Letter carriers were the foundation of the mail system in the United States and played an invaluable role in getting mail into the hands of Americans across the countryâ€”but unfortunately, their compensation didnâ€™t reflect that. Mail carriers were barely paid living wages in the early days of the United States Postal systemâ€”and that continued well into the 20th century.

It all reached a fever pitch in 1970, when mail carriers from New York City started a strike that quickly spread to postal workers around the country. The strike halted the delivery of U.S. Mail for eight days, and led to the Postal Reorganization Act of 1970, which gave postal workers collective bargaining rights (rights postal workers didnâ€™t have previously), including the right to negotiate for better wages and benefits.

Financial issues during the 2000s

On its initial launchâ€”and for decades afterâ€”the USPS was a success, continually turning a profit and reliably delivering both mail to homes and businesses across the US.

But that all changed in the late 1990s, when email became widely available. Not only could people avoid paying for postage stamps when they wanted to send mail to a friend or family member, but they could also send it instantlyâ€”instead of waiting for that mail to get delivered days or weeks later.

This was a huge hit for the USPS. Mail volume dramatically decreased, demand for their mail products, like first-class mail, plummeted, and the agencyâ€™s profitability suffered as a result. Profits dwindled throughout the early and mid-2000s, and once the Great Recession hit in 2007, the agency stopped turning a profitâ€”and hasnâ€™t turned a profit since. Even USPSâ€™ partnership with companies like Amazon, UPS, and FedEx, delivering hundreds of millions of ground packages for their partners. But

The nearly 13 years of losses have caused the USPS to take drastic measures. In 2012, the USPS started defaulting on their legally mandated retiree health benefit prefunding payments, as well as pension prefunding payments for the Office of Personnel Management starting in 2017.

The USPS was already struggling financially, but since COVID-19 hit and mail volume has slowed down even more, there are many concerns that the USPS will run out of the funding it needs to remain operational. Which would always be a huge concernâ€”but itâ€™s an especially large concern in 2020, an election year in the midst of a pandemic where a huge percentage of voting will take place via mail-in ballots.

On August 22 in Washington, D.C., the House of Representatives passed a stimulus bill that would allocate $25 billion in funds to the United States Postal Service. The bill has been controversial; President Trump vocally opposed the bill, urging Republicans to vote against it. And with so much opposition from the White House, the bill is not expected to pass the Republican-led Senate.

So, whatâ€™s next for the USPS? Thereâ€™s no way to tell. Hopefully, Congress will come to some sort of resolution to get the United States Postal Service the funding it needs to move forward with operations and continue picking up and delivering mail quickly and reliablyâ€”which, again, is always important, but stands to be even more important this year, when so many Americans are planning to cast their vote in November through mail-in ballots. What is an LLC Operating Agreement? How to Start Your Own Subway Franchise