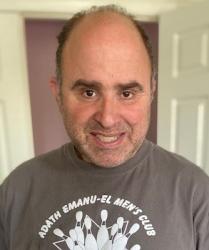 Jonathan Berr is an award-winning journalist/long-suffering Philadelphia sports fan from Burlington County, New Jersey. His career includes a 7-year stint at Bloomberg News and more than a decade as a freelance writer. BBC News.com CBS News.com and Forbes.cim among the news sites that have published his articles Along the way, Berr has met celebrities (Howard Stern, Joan Rivers, and Sylvester Stallone). billionaires (Carl Ichan, Wilbur Ross, and Michael Dell) and cool people (Jeopardy Champ James Holzhauer). He is married and has a son.