How Long the Labor Shortage Could Last for Small Business Owners 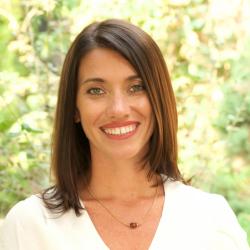 Are you a small business owner finding it hard to fill positions within your company? Unfortunately, the coronavirus caused a domino effect of negative consequences, including a labor shortage, that even trillions of dollars in federal relief packages haven’t been able to solve. In fact, some of that relief may be part of the problem.

But how long will the worker shortage last? It will depend on various factors such as how the states handle unemployment benefits, the impact of future variants of the coronavirus, and the availability of childcare. Here’s a closer look at the current labor shortage, its causes, and the potential solutions to help you understand how long it might last.

How bad is the current labor shortage?

In June of this year, we saw something for the first time since before the coronavirus pandemic. The number of open jobs in the U.S. was higher than the number of unemployed Americans. More jobs have steadily become available since September of 2020, and in July 2021, the figure reached a high of 10.9 million, according to the BLS jobs report.

At the same time, the number of available workers has steadily decreased since hitting the record high of over 23 million in April of 2020, when the pandemic first broke out. However, there are still 8.4 million people unemployed as of August 2021.

While it seems like the 8.4 million unemployed Americans are enough workers to fill a good portion of the open jobs, small business owners are struggling to find people to hire. In August, 50% of small business owners reported having job openings they couldn’t fill, according to the National Federation of Independent Business (NFIB). Further, CNBC’s Q3 2021 Momentive Small Business Survey found that 60% of business owners were experiencing a labor shortage, and 80% were losing sales because of it.

The labor shortage has various consequences for our economy including longer check-out lines, more supply shortages, reduced hours, and even business closures. So if we have enough workers to fill positions, what’s the problem? Let’s take a closer look at the reasons keeping people from going back to work.

What factors are causing the labor shortage? Various causes are at play from the generous unemployment benefits that were provided by the federal government and fears of the coronavirus to the shortage in available childcare. Here’s a closer look at each of the factors.

The federal unemployment benefits started on the week ending on April 4, 2020. While initially designed to end on December 31, 2020, they were extended by additional legislation and continued to be available until September 6, 2021.

With the end of the federal unemployment benefits behind us, many recipients have protested saying they still need them. However, the federal government has passed the responsibility to the state governments, and 20 states have opposed extending them.

As a result, many will lose the financial cushion that was enabling them to stay home from work. While some may have accumulated savings, those will likely run out in the coming months which may lead to an increase in job seekers re-entering the workforce.

Another potential deterrent from parents returning to work is a lack of affordable and/or available child care. Between the dates of September 1st and 13th, 2021, approximately 4 million Americans didn’t work because they needed to look after children due to schools and daycares remaining closed, according to data from the U.S. Census Bureau’s Household Pulse Survey.

Why are child care centers closed? In a September 2021 survey by the National Association for the Education of Young Children (NAEYC), an estimated 90% are experiencing a staffing shortage. As a result, many have limited the number of children that can attend, reduced their operating hours, closed classrooms, or extended their waitlists.

The majority of child care facilities, 80%, say they can’t afford to raise wages, and the current pay is so low that potential applicants would rather work elsewhere. The national median pay for child care workers is currently $12.24, according to BLS data, which is below the poverty line for a family of four. Further, the pandemic caused an almost 50% increase in operating costs for the average child care center due to enhanced health and safety measures.

On the parent-facing side, the costs are already high for many families, averaging $1,300 per month for infant care. Raising costs will prevent many parents from being able to afford care.

As if the problem is not bad enough, more than one in three survey respondents (33%) said they were going leave the child care program they work at or close their child care center within the next year. Another 14% said they might close.

With childcare centers struggling to stay in operation, those that are open are likely to become more expensive and reach capacity. Further, the resurgence of the coronavirus delta variant has caused some schools to shut down again. As a result, many parents can’t access the childcare they need to return to work.

Fear of the coronavirus

Despite economic recovery underway and a vaccine being developed, 3.2 million Americans recently said they weren’t working because they were concerned about contracting or spreading the coronavirus, according to the August 2021 Census Household Pulse Survey. This figure was down from the 6.24 million who had this fear in July of 2020 but up from the 2.5 million at the end of July 2021.

While we saw a steep decline in U.S. coronavirus cases and deaths through the first half of this year, in July, the trend began to turn. With the delta variant making its rounds, the 7-day average in cases is back up above 100,000, while deaths due to COVID-19 are hovering around 2,000 per week, as per data provided by the New York Times.

This resurgence correlates with unemployed individuals becoming more fearful, shaking their confidence in returning to work.

Next, layoffs, stimulus checks, and unemployment benefits gave many Americans time and a financial cushion, enabling them to rethink their careers and futures. As a result, their old jobs aren’t looking very attractive.

In many cases, Americans were working in positions with low wages, few benefits, and high risks. Jobs they viewed as temporary and necessary to survive. After a break, many have had time to think about what they really want to do in life and have begun pursuing it.

Some have sought out career coaching, job training, or college to get themselves into a better position. Others know employers are offering higher wages so they’re holding out to see what they can get.

Then, there are those individuals who were nearing retirement when covid hit so they decided to retire early. According to a Pew Research report, about 3.2 million more people said they retired in 2020 than in 2019. Some expressed, working wasn’t worth the risk or hassle amidst the virus so they hung their hat early.

Overall, JPMorgan found that just half of the Americans who lost jobs during COVID are going back to work. Now you know some of the main reasons why. But how can these be resolved?

What factors could help to end the labor shortage?

With an understanding of the factors keeping people from starting a job search, what could help to end the labor shortage?

While increasing wages isn’t always an option, as we saw with child care facilities earlier, the NFIB reports that approximately 63% of small businesses have done so to attract employees. The average hourly amount paid by nonfarm payrolls sat at $30.72 in August 2021, after increasing over the previous four months, according to the BLS. And it’s not just hourly wages, 13% of employers reported increasing paid time off while 13% offered a sign-on bonus, according to CNBC’s Momentive Survey. Unfortunately, this may also drive up inflation in our economy as a whole as businesses need to raise prices to afford their increased costs.

In addition to paying employees more, employers are also offering other perks and benefits as part of the job. For example, the CNBC Momentive survey found that employers are offering more hours of work, on-the-job training, improved healthcare benefits, and even child care benefits.

Another way to reduce the need for labor is to implement technology that reduces the amount of labor your business needs. Approximately 29% of business owners that participated in CNBC’s Momentive Survey took this route.

As the coronavirus cases and deaths increase, it negatively impacts the whole economy. With the delta variant driving the cases back up, Americans have also become more hesitant to reenter the workplace. If we can reach a level of immunity that reduces the number of new cases and deaths, we will likely see more people able to return to work, send their kids to school, and find childcare.

Generous unemployment benefits from the federal government have helped many to survive and even thrive during the economic shutdowns. However, President Biden has put an end to them as of September 2021. Now states have the option to extend UI benefits above the normal amount but many have decided against it. We’ve seen unemployment continuously trend down since the outbreak in 2020. It’s likely with the reduced benefits, that trend will continue and more will find their way back to work.

How long will the labor shortage last?

Recently, we’ve seen job openings increase far above pre-pandemic levels. Businesses are coming back with a bang and need people to support their operations. However, even though millions are still unemployed, many are not jumping at the opportunity to re-enter the workplace, creating the current worker shortage.

Improvements in the labor shortage problem were predicted to be seen in September with the cut-off of federal unemployment insurance benefits and the return of children to school, but it could take longer. Some Americans may have reserves built up and not all schools and childcare facilities are open. Additionally, with the delta variant driving cases up, many may be waiting as long as possible to reduce their risk of getting sick or getting others sick.

While no one can give an affirmative answer on how long the labor shortage will last (because we don’t yet know what will happen with the coronavirus and its variants), trends over the last year have shown a gradual return to the workforce. It’s not quite fast enough to meet the demand from small business owners, however, at least the labor market is headed in the right direction — even with a spike in cases due to the latest coronavirus variant.

Hopefully, that trend will continue. In the meantime, business owners will need to think about how to attract employees with attractive offers while being mindful of the challenges many are facing with childcare and concerns about the virus.