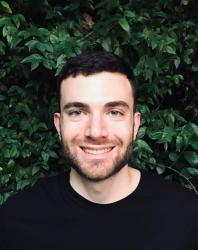 In April, the Consumer Price Index (CPI), which measures what consumers pay for a basket of goods and services, increased by 4.2% year-over-year (yoy). The jump came in ahead of economists’ expectations and marked the largest increase since September 2008.

So, is higher inflation going to become the norm? Or will we see similarly low inflation to the 2010s, when the average monthly inflation rate was less than 2%? Unfortunately, nobody knows the answer to that question. As economist Edgar Fiedler famously and quite accurately said, “Ask five economists and you’ll get five different answers.”

That said, there are a number of indicators that higher inflation will be our reality moving forward. If you’re caught off-guard, higher inflation can torpedo your business. So, preparation is the name of the game.

Let’s start by looking at the arguments for and against rising prices. Then, we will talk about what you can do to protect your business from the possibility of high inflation – prioritizing actions that will help in a high-inflation environment, but not hurt you if inflation stays at the levels seen in the 2010s.

The CPI recorded a historically large increase in April 2021, but those numbers, it turns out, could go down as an anomaly.

In April 2020, the U.S. economy stalled to a near standstill. Businesses were shut down and consumers – many of whom had just lost their jobs – bought little more than the bare essentials. As a result, inflation was just 0.33% in April 2020. Inflation didn’t approach pre-pandemic levels until August 2020, so on a yoy basis, we could see high inflation over the next few months. So, pay attention to the numbers, but understand that we won’t get the full picture until later this year – when the economy is fully reopened and the yoy comparisons aren’t distorted.

But there are reasons we could see high inflation in late 2021 – and beyond. Here are two of the biggest:

Economists who believe we won’t see significant price increases argue that a) the central bank injected trillions of dollars into the financial system during the 2010s and we saw historically low inflation and b) the federal government also recorded massive deficits during both the Obama and Trump administrations. While there is some validity to those arguments, the numbers have gotten a lot bigger over the last 14 months and there is a breaking point. It’s just a matter of where it is, which, again, nobody knows.

But the fact that there is a decent chance we reach the breaking point means that it would behoove you, the small business owner, to be prepared.

It’s quite possible that inflation has never had adverse effects on your business. Since the early 1990s, the CPI has rarely registered more than a 4% yoy increase in a month, typically recording increases of less than 3% yoy.

We’d have to go back to the 1980s for the last time that inflation had a major impact on the economy. All to say: you may not know how to guard against rising prices if you weren’t doing business back then.

So, let’s look at how inflation can affect your business and what you can do to combat it – before it’s too late.

You Could be Forced to Pay Higher Interest Rates

If we see inflation, the purchasing power of dollars will erode quickly and lenders will insist on higher interest rates to offset that erosion.

Interest rates have been creeping up since the beginning of 2021 – a stronger economy and inflation fears have been driving forces – but they are still very low by historical standards. If more people start to expect inflation or we actually see persistent inflation over a period of 6-12 months, interest rates could increase a lot more.

Here’s what you can do: if you need to borrow money, consider doing it sooner rather than later. Insist on a fixed-rate loan, instead of an adjustable-rate loan so your interest rate stays the same regardless of economic conditions.

By borrowing at low interest rates, you can actually come out as a winner if we see rising prices. How so? Well, let’s say you need to buy a lot of real estate to support a business expansion. You lock in 30-year fixed rate mortgages on the properties at around 3%. In the event of 4-6% annual inflation, you would be making the same monthly payments with increasingly worthless dollars over the life of the loan.

By waiting until inflation is well underway, on the other hand, you would be forced to take out a loan at a much higher interest rate. Since we’re talking about 30 years of higher payments, the impacts on your business could be disastrous in this alternative scenario.

A real estate purchase is just one example of an opportunity to lock in long-term costs. There are others that may not have the same impact, but are still worth sorting out ahead of time.

Perhaps you rent, but don’t own your facilities. In that case, pushing for a long-term extension of your lease agreement could be in your best interest. Your landlord would likely be thrilled to have his property leased for the foreseeable future, particularly in such an uncertain economic environment. At the same time, you would lock in your rent at current rates. You wouldn’t have to worry about the possibility that high inflation could cause your rental rate to skyrocket over the next couple of years. A win-win.

Then there are supply contracts. If your business purchases a lot of raw materials, you are extremely vulnerable to high inflation. Your suppliers would, at the very least, hike prices to cover their rising costs. That alone would be a problem for your business. But on top of that, they could elect to stop signing long-term contracts to protect themselves from rising prices – you would lose cost certainty and struggle with forecasting. Again, the solution is to sign long-term contracts before it’s too late.

You May Have to Raise Your Prices

Regardless of how prepared you are for inflation, there are going to be some costs that you can’t lock in ahead of time. It’s not feasible to lock in your employees’ wages, for example. If there is high inflation, they are going to – at a minimum – demand cost-of-living increases.

So, you may be forced to raise the prices of your products or services to offset higher expenses. By raising prices, however, you risk alienating your customers. They see the higher price tag and don’t necessarily consider why it’s higher.

There’s a right way and a wrong way to raise prices:

Suppliers and Customers Could Try to Take Advantage of You

During normal times, small business owners have to contend with suppliers and customers who don’t pay on time. It’s bad enough to have to wonder if/when you’ll get paid and have to bridge any shortfalls in cash flow. But if we see rising prices, suppliers and customers will have even more incentive to string you along with payments because the purchasing power of the money will be eroding quickly.

If you have collection issues, you should fix them before we see rising prices. Look to tighten up payment terms, possibly instituting penalties for late payments.

With the low inflation that we’ve seen over the last decade, it’s been reasonable for small business owners to leave a lot of cash in their bank accounts. But if the value of the US dollar is decreasing by, say, 5% per year, the purchasing power of your cash will be dramatically lower after just a few years.

It’s okay to keep a short-term account funded with cash that you may need in the near future. Any funds that you don’t expect to use anytime soon, on the other hand, should be invested in assets that protect you against inflation. There are a number of possibilities including treasury inflation-protected securities (TIPS), mutual funds, and ETFs.

Talk to your financial advisor before making any decisions, but it’s important to remember, particularly after a long bull market, that past performance is no guarantee of future results. If we see an economic downturn, the stock market could easily lose a third of its value – if not more.

If you aren’t prepared, inflation can be a nightmare for your business. If, on the other hand, you get all of your ducks in a row before we start seeing higher prices, you can mitigate the effects of inflation – or even benefit from it.

Easier said than done though. As you’ve seen, there are a lot of moving parts to consider. To ensure that you have all your bases covered, consider asking a Certified Public Accountant (CPA) for help. Contrary to popular belief, they can do a lot more than file your taxes. What is a Good Profit Margin for a Small Business? The Pros and Cons of Franchise Ownership How to Start a Funeral Home