The “Skinny” COVID-19 Relief Bill: Is it Real or Simply a Negotiating Tactic? 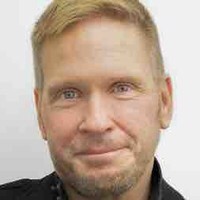 The “Skinny COVID-19 Relief Bill” or Delivering Immediate Relief to America’s Families, Schools, and Small Businesses Act includes a pared down stimulus package that may become the middle ground between the White House and the House of Representatives.  But what this Republican backed bill will ultimately include and if it will be passed are still unknown.

Find out how the Delivering Immediate Relief Act could impact small business owners and others.

Republicans in the United States Senate are currently supporting the Delivering Immediate Relief to America’s Families, Schools and Small Businesses Act. The bill provides $500 billion in federal government pending and loans. It’s a scaled back (or “skinny”) version of the earlier Health, Economic Assistance, Liability Protections & Schools (HEALS) Act supported by some Senate Republicans. The HEALS Act never garnered enough backing to get passed by the Senate, so the skinny bill is being promoted as a potentially more attractive alternative.

The Delivering Immediate Relief Act, as the proposal is also known, is a far smaller coronavirus relief plan than comparable Democratic ones put forth in the U.S. House of Representatives and Senate. It’s the first time in months that Republicans have been able to get behind any coronavirus relief bill. Although the bill has not been formally introduced, it may signal the direction the Senate could take if they want to pass any legislation prior to the election in November. Or, as some political pundits believe, it could simply be posturing, sending a message to voters before the election.

Many experts note that the priorities in the skinny bill are the issues most Republicans in the Senate are able to agree on. Any broader legislation may not be able to garner GOP votes. However, there‘s a chance that some Democrats could come on board if their priorities are included in a broader relief package

Some of the government spending highlights included in the skinny bill are:

The Delivering Immediate Relief Act, if passed into law, would re-start the Paycheck Protection Program (PPP). The PPP was originally part of the Coronavirus Aid Relief and Economic Security (CARES) Act, the $2.2 trillion stimulus legislation passed by congress and signed into law by president Donald Trump earlier this year. The PPP is a forgivable loan program for small businesses that was halted back in August.

The restart of the PPP was also included in the HEALS Act. If the PPP is extended as part of the skinny legislation, business owners would be able to get PPP loans with a lower revenue loss threshold than was required in the earlier version of the program. This change comes in response to complaints from small business owners that the revenue loss requirements of the earlier version of the program were too onerous for many to be able to take advantage of the PPP.

The HEALS Act also included a new streamlined small business loan forgiveness program, but it is not a part of the skinny relief bill.

Many business owners have been demanding an extension of the PPP because they’re concerned about the economic impact the coronavirus pandemic could have on their operations this fall and winter, when more people are expected to be infected by COVID-19 and businesses could be forced once again to shut down.

The bill also supports a major priority for senate majority leader Mitch McConnell. He is pushing for liability protection for businesses, schools, county employers and other organizations if people come down with COVID-19 because they work for them or visit them. The proposed Senate skinny bill includes language that is similar to that from the Safeguarding America’s Frontline Employees to Offer Work Opportunities Required to Kickstart the Economy (Safe to Work) Act, which was also included in the HEALS Act. Basically, the legislation would make it harder for people to sue organizations if they come down with COVID-19 while on site.

Economic relief for the unemployed

The Delivering Immediate Relief Act provides for an added $300 per week in federal unemployment benefits, which is down from the additional $600 per week people were receiving until August, but more than they’re getting now. It is also more than the $200 unemployment insurance enhancement that was proposed in the HEALS Act. The $300 figure is in alignment with the extension of federal aid president Trump directed in an executive order back in August. The enhanced unemployment benefits would stay in effect through December 2020.

The skinny bill also includes $10 billion in aid to help the U.S. Postal Service (USPS) with its budget issues so it can deal with the expected increase in demand in handling mail-in ballots through the upcoming election. (This is $15 billion less than a comparable Democratic bill introduced in the U.S. House of Representatives. The House bill also prevents any operational changes at the postal service until after the election.)

What the skinny bill leaves out

Some popular initiatives NOT in the skinny stimulus package include another round of economic stimulus checks to the public along with rent and mortgage assistance for people who can’t afford to stay in their homes because of pandemic related work issues.

It also provides little in federal government aid to states and local governments that have become cash strapped because of unexpected pandemic related spending. The last time states and localities received any coronavirus financial support was through the $150 billion Coronavirus Relief Fund (CRF), which was part of the original CARES Act. This omission is despite the fact that county governments could face more than $200 billion in shortfalls because of the pandemic through fiscal year 2021. (The earlier HEALS Act had allocated some funding to local governments.)

By way of comparison, the new bill provides half the funding of previous GOP proposals and trillions of dollars less than the HEROES Act passed by House Democrats several months ago. Neither of these bills were signed into by president Trump.

The response to the Delivering Immediate Relief Act on capitol hill

Republicans are in favor of the skinny bill because it:

Democrats, lead by House Speaker Nancy Pelosi, believe the skinny bill is inadequate and consider it a half measure that will make little difference over the long term. They also think it’s too late for any limited measures to significantly impact the economy and that the HEROES act put forth by Democrats months ago is more in line with what’s needed now. Democrats also object to the fact that the bill does not include any significant state or local aid, which is badly needed by many areas represented by them.

The reality is that most local and state governments and businesses are currently planning next year’s budgets and basing them on no additional federal government aid. Many experts acknowledge that the proposals currently being considered by Congress could be pre-election posturing and that no real support may come through until after the election in November.

Stay tuned. Biz2Credit is committed to providing you with the latest information on stimulus initiatives that could impact small business owners.