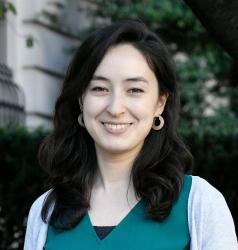 On March 27th, American lawmakers passed the Coronavirus Aid, Relief, and Economic Security Act — more commonly known as the CARES Act. The bill was designed to help individuals, small businesses, hospitals, and other groups weather the economic storm that came with nationwide shutdowns. The package totaled $2.2 trillion in aid, and included everything from enhanced unemployment benefits to pauses on federal student loan payments.

For small businesses, the CARES Act broadly provided three things: it set aside $10 billion for grants up to $10,000 in emergency funding, provided six months of payment relief for existing Small Business Administration (SBA) loans, and launched the Paycheck Protection Program (PPP). The PPP initially provided small businesses with forgivable loans if 75% of the funds was used for payroll purposes, designed to keep or rehire workers. Many businesses found the restrictions too stringent, especially in areas where cost of living was high and rent could easily eat up the bulk of a small business’s expenditure. The Paycheck Protection Program Flexibility Act, passed in early June, decreased the payroll threshold to 60%. It also allowed business owners to use the PPP loans to buy personal protective equipment like masks and plexiglass dividers.

But the CARES Act and its benefits — for both small businesses and others — expired at various points in the last six weeks. Small business owners saw their window to apply for the PPP loan program expire on August 8th.

Though lawmakers seem to acknowledge that a new bill is due soon, several weeks have gone by without followthrough. So where does a replacement for the CARES Act stand today?

Here’s everything you need to know about the CARES Act and its potential successors as they pertain to small businesses.

Where does the CARES Act stand now?

With many provisions under the original law expired, both Democrats and Republicans in Congress agree that a stimulus package to follow up on the CARES Act is needed. With crucial elections coming up in November, lawmakers have plenty of incentive to efficiently roll out a law that provides economic relief to many Americans still reeling from the financial effects of the COVID-19 pandemic.

So far, two stimulus bills have been proposed, one by Senate Republicans, and the other by House Democrats. Senate Republicans have called their set of proposals the HEALS Act, or the Health, Economic Assistance, Liability Protection and Schools Act, while the House Democrats have named their bill the HEROES Act, short for the Health and Economic Recovery Omnibus Emergency Solutions Act. Both propose different ways to address the current needs of individuals, business owners, and other groups like schools and hospitals. And while both Democrats and Republicans have made it clear publicly that they are keen on passing new legislation, they have yet to come to an agreement on many specifics.

The stimulus packages proposed by HEROES and HEALS differ on several key points. HEROES would cost $3 trillion, while HEALS would cost $1 trillion, compared to CARES at $2.2 trillion. Enhanced unemployment benefits would remain at $600 under HEROES, and fall to $200 under HEALS. Both would give billions of dollars of support for schools; HEROES would extend eviction moratoriums, while HEALS would give a $450 return-to-work bonus for the unemployed who find new jobs.

What’s likely to happen to the stimulus package?

The HEROES Act passed the House of Representatives in late May. The HEALS Act was unveiled by Senate Republicans in late July. Talks of a second stimulus plan has been months in the making. Spokespersons for Senate Majority Leader Mitch McConnell (R., Ky.) and House Speaker Nancy Pelosi (D., Calif.) said as late as August 24th that there were no new developments. Congress is now in recess for the month of August. Though House members returned early to vote on a USPS funding bill, a second coronavirus economic relief package still seems to be on the distant horizon.

Putting together a bill that will pass both the House and Senate will require bipartisan support. This means that the items that already receive support from Democrats and Republicans, and appear in some form in both the HEROES and HEALS Acts, are more likely to appear in the final law.

Support for small businesses in a new stimulus package therefore might include:

Keep in mind that negotiations may not yield expected results.

What other options do small businesses have while waiting for the new stimulus package?

Small business owners might feel stuck in limbo after the old deadline for PPP applications have passed, and future funding support remains uncertain. Here are other options to consider if your small business needs some assistance:

Economic Injury Disaster Loan (EIDL): This loan, also administered by the SBA, is broader than the PPP, and EIDL loans can be used for operating expenses and financial obligations that could have been met if the disaster had not occurred. The EIDL is not a forgivable loan, but has an interest rate of 3.75% for businesses and 2.75% for nonprofits, and can provide much-needed cash to small businesses strapped for resources. It is not payable for 12 months, and you can apply directly from the SBA website. You can apply for both EIDL and PPP, but funds can’t be used for the same expense. If you do apply for PPP in the future, EIDL can be subtracted from your PPP allocation, and you’ll have to declare the EIDL when you apply. The Advance Grant of up to $10,000 provided by the EIDL has been discontinued until further notice, due to allocated funds running out.

SBA 504: The SBA 504 program has more stringent requirements on what funds can be used for, which mostly constrain loans for purchases to fixed assets. This would include large expenditures such as land or building purchases, new construction, or purchasing machinery or other long-term equipment. There may be other SBA loans you can qualify for, such as the SBA Mircoloan program, or Express Loan program.

Though another aid package is more likely to pass than not, it’s hard to pin down what it might contain. As Congress continues to hammer out a new package that can provide more support for small businesses that desperately need it, make sure to consider your other options.