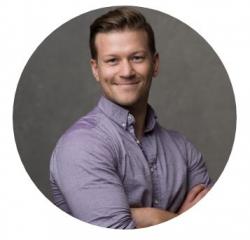 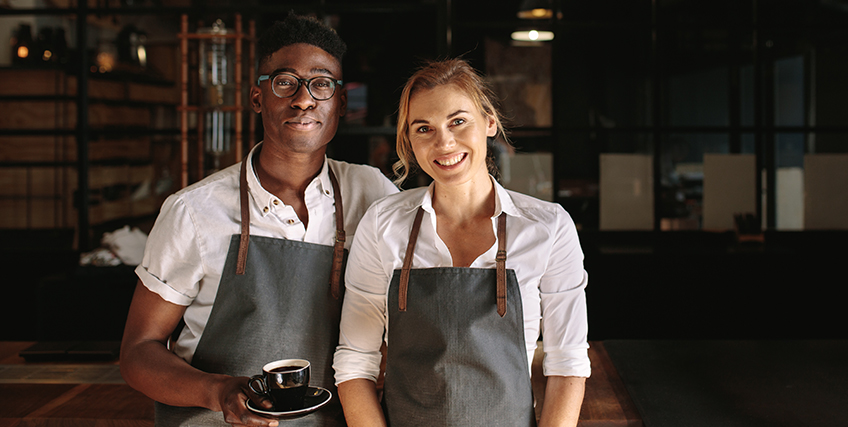 Many want-to-be entrepreneurs consider franchise ownership as a turnkey way to get started as business owners. While the right franchise can be a smart business opportunity, at the same time, prospective franchisees need to do due diligence to avoid scams and ensure that they enter any franchising agreement with their eyes wide open. Owning a small business always comes with complications, and there are some frequently heard franchise complaints that new franchise owners need to be aware of. Thankfully, most issues are prevalent enough that you can avoid them or learn how to solve them before you encounter them. In this article, we’ll look at common complaints and also talk about the many advantages of owning a franchise business and why you might consider it.

High franchise fees are one of the most common complaints franchise owners experience. As a new or potential owner, you have to be prepared to invest quite a bit upfront. This can be anywhere from $100,000 to a few million dollars, depending on the franchise. Some franchises also require that you have a couple hundred thousand dollars of cash on hand, which can add to your initial investment.

So, how do you tackle this issue?

While thereâ€™s no way around the upfront costs, operational fees, and franchise dues, you can look into hiring local building contractors that wonâ€™t cost as much as their competitors. This will help to bring your cost down. If you’re considering using a commercial business loan to help you get established with the franchise, using a Small Business Administration (SBA) loan can help you reduce rates, even for real estate loans.

If you’ve been surprised by the high costs of franchising, remember that you’re purchasing a ready-to-go business in a box. The costs you would normally invest in creating a business plan, finding customer segments, and building your own business from the ground up are already included and you’ll likely start bringing in revenue on day one. The other thing to consider about opening up a new franchise location is that it’s not just restaurants and hotels that are up for purchase. Franchise opportunities are available at almost every price point.

Another common complaint with franchise ownership is that thereâ€™s less brand control. This means that if one portion of the franchise has a problem, it tends to trickle down to all locations. For instance, in 2015, Chipotle faced the issue of more than 40 people falling ill from E.coli after eating at one of their restaurants. While this was an isolated incident, the negative media coverage affected every Chipotle. Stocks plummeted. The bad press damaged the brand. And even though Chipotle is mostly company-owned, franchise owners were affected as well.

Chipotle isn’t alone in this. Negative press issues have affected many different franchises around the world. But if you have no control over what the corporate brand or other locations in the franchise system are doing, how can you prevent your business from being affected by the negative press?

The best way to mitigate bad PR is to hold yourself and your employees to the highest level of quality across all business practices. Get to know your patrons and work diligently to create a loyal customer base. That way, if another location has an issue, your customers will know that your quality is higher than what the news is reporting about the other site(s). If your location is forced to close due to a franchise-wide issue, make sure you keep communication up with your customers so they know what to expect. You might even consider publishing your local phone number and contact information somewhere so you can answer consumer questions.

While many business owners have total control over pricing, branding, and marketing, franchisees donâ€™t have the same luxury. This can be both good and bad. While it takes some stress off of you as the owner, it also doesnâ€™t allow you the freedom to make or prevent changes. The lack of decision-making power could be considered a pain when youâ€™re trying to grow your business but donâ€™t feel that you have any wiggle room for trying new things.

This particular complaint doesnâ€™t have a clear solution. While you may feel frustrated about your lack of ability to make decisions about your franchise, remember that the franchisor also wants to make money. And they donâ€™t make money if you donâ€™t make money. The chances are good that a lot of time, money, and research has been put into any decisions the franchise makes on your behalf. If you feel that you have a money-making idea that hasnâ€™t been implemented yet, reach out to your franchisor and place the idea in their hands. If they research the big picture and find that it has a good chance of increasing profits, they may apply the decision to all franchise locations.

Because a franchise is practically a premade business in a box, some potential franchisees assume that they will be able to purchase the franchise and then become a part-time business owner. That is just not the case. Running a franchise is a full-time (and often overtime) job.

The easiest solution to this complaint is to be prepared. If you know in advance that running a franchise will be time-consuming and a huge commitment, then you will know what to expect as you dive further into your journey of becoming a franchise owner.

If your franchise interest is a restaurant, youâ€™re going to have to consider that the restaurant industry has a high employee turnover rate (especially during the pandemic). It can be as high as 75%. The fast-food industry doubles that with a 150% employee turnover. High turnover rates stem from the increased demand on employees and the hiring of younger and less specialized workers who tend not to stick around because of low pay, high stress, and alternate opportunities that present themselves.

While many franchisees experience this problem, there are a couple of things that you can do to lower your turnover rate, including improving your hiring practices and creating retention programs. If your staff feels adequately trained, prepared for various scenarios and workloads, and valued for their contribution, they wonâ€™t be as frustrated when faced with higher demands.

Franchises tend to attract a lot more applicants than mom and pops because of brand recognition. This typically gives you a large applicant pool to choose from, but many of those applicants will be inexperienced and may not be able to keep up with the job. Be sure to put the time and effort into hiring quality employees. My rule of thumb? Look for people who are humble, hungry, and smart.

This particular complaint isnâ€™t something that you will have much control over. By owning a franchise, youâ€™re taking on the name of a well-known brand. But if you own a well-known brand, you likely won’t be the only location in the area. Brand dilution means that it will be harder to create a loyal customer base. If you own a franchise with multiple locations nearby, your profit may be less than if you owned one that had fewer locations. For example, Chick-fil-A has fewer locations nationwide than McDonaldâ€™s, or Subway, but their locations tend to bring in more profit than these other fast food placesâ€”despite being closed on Sundays!

The saturation level of the prospective franchise you’re considering is something to consider before making your investment. How close is the nearest existing location to where you want to build? Will brand recognition be enough to create a significant profit when dealing with a highly saturated market?

Some franchises require that you maintain a certain distance from other locations, so do a feasibility study to see where you could build based on existing franchises in your area.

One of the biggest advantages of owning and operating a franchise is the fact that you don’t have to start from scratch: you can lean on the experience of your peers. This isnâ€™t a situation where youâ€™re going blindly into a new business. You will have the training and tools available to guide you in the right direction for making your franchise location a success.

When you buy a franchise, the first thing you have to be good at is following instructions. Unlike a startup, where you’re creating a new value proposition and have to educate customers, in the franchise industry, those tasks have already been accomplished. Marketing, pricing, vendor contracts, and branding have all been taken care of by your franchisor. This allows you to focus on other aspects of the business, such as hiring, employee retention, customer satisfaction, and inventory control.

Earlier, we discussed how less decision-making power might be considered a negative, and sometimes it can be. But having fewer decisions to make as a business owner also frees up your time to focus on other things. When you donâ€™t have control over branding, marketing, pricing, products/services, etc., you can focus on just making your particular location a success. This will allow you to work on customer relations and hire high-quality workers.

Owning a franchise is different than starting a new business and growing it. And youâ€™re not just purchasing someone else’s business. Youâ€™re buying a name, a brand, and a proven business model. This can make your path to success much simpler and more straightforward.

Even though complaints are easy to find if you do a little Internet sleuthing, don’t let them deter you if franchise brands intrigue you. For every complaint you find, there are countless satisfied franchise owners who have never taken the time to write up their experience for you. Do your research about the franchise industry, learn what you can from the mistakes of others, read franchise disclosure documents carefully before signing them (hire a lawyer to explain anything you don’t understand), and with hard work and a little luck, you’ll be on your way to owning a successful franchise! Unsecured Short Term Small Business Loans: What Are They and How Do They Work? 7 Things to Know About Getting a Quick Business Loan