The 5 Pros and 3 Cons of Owning a Liquor Store 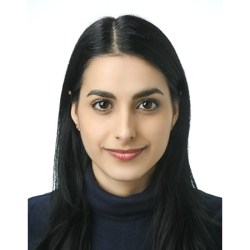 What You Need to Know About Owning a Liquor Store

While running a traditional retail business like a grocery store or gas station is a more common plan for most new businesses, it may be worth it for you to consider owning a liquor store instead. There are several pros and cons to owning a retail location that sells alcohol instead of food or gas.

The 5 Pros of Owning a Liquor Store

Liquor stores are recession proof. When the economy wobbles or tanks, the demand for alcohol skyrockets. People often turn to alcohol as a way to relax a little bit, so no matter how bad the economy gets, your bottom line is safe.

2. Low Competition Due to State Regulations

As part of the 21st Amendment, the federal government of the United States has given each individual American state the ability to regulate the importation, distribution, and sale of alcohol within its borders. States exercise that power differently, but nearly every state limits the number of liquor stores in a geographic area, especially in small towns. They do this partially to keep people from being too tempted by easy access to alcohol — but it is to your benefit as a liquor store owner.

While getting your liquor license won’t be easy, it does mean that once you have it, it’s unlikely that several other liquor stores will be opening up nearby. There are very few other retail businesses with such limited geographical competition.

While wine and certain liquors need to be stored for extended periods of time in cool, dark places, sometimes at specific temperatures, by and large, the inventory for a liquor store is shelf stable. Unlike the owner of a grocery store or bakery, your inventory will last for months or years before going bad.

The fact that your inventory is shelf stable for extended periods of time means that you can afford to buy large quantities of products without worrying so much about when they are most likely to sell. Just because peppermint schnapps tends to be more popular in the winter doesn’t mean you can’t stock up in the summer when your cash flow allows you to invest, as the bottles will be just as delicious a few months from then. While certain products like fireworks and Halloween decorations are seasonal, alcohol is not. Nearly every national and religious holiday has an alcoholic drinks component, whether it’s beers at the BBQ on 4th of July or spiked eggnog around Christmas.

While some alcoholic beverages may be more popular during a specific time of year, the overall industry runs year-round with plenty of demand.

5. No Need to Advertise

As a liquor store owner, you have the benefit of selling products you don’t have to advertise, because the product manufacturers will take care of all the advertising for you. Instead of spending tens of thousands of dollars every year on ads, you can leverage the preexisting multi-million dollar advertising budgets to draw customers into your store.

You just have to let people know that you exist, where you are, and which brands you carry. Depending on your state’s regulations, you may even be able to use a website or a social media presence to do this.

You also have the benefit of being able to carry competing brands. It’s not your problem if someone prefers Jack Daniels or Johnnie Walker or Jameson. You can carry all those whiskey brands and several more. You can let each brand take care of their own advertising and market share while earning from all of them.

The 3 Cons of Owning a Liquor Store

Owning a retail liquor store isn’t all boozy drinks and ringing cash registers. There are long hours and hard work involved, as with any other retail opportunity. As a liquor store owner, you’ll be facing a few additional difficulties that other retail store business owners don’t have to deal with.

One of the biggest downsides of owning a retail liquor store is navigating the product tier system, which impacts — on a state to state level — the sale of liquor and the distribution of liquor by everyone from Walmart to independent retail liquor stores to bars and restaurants.

The Alcohol Control Board of every state establishes the rules regarding liquor retail sales within their territory and anything brought into their territory. New business owners often find these rules difficult to navigate.

Pennsylvania and California are known for having some of the most restrictive laws regarding liquor distribution and sales, and for enforcing strong penalties on any business owners who bend or break those laws. If you’re in Pennsylvania or California, it may be worth consulting with a lawyer to make sure you’re following those the liquor sales and distribution laws to the letter.

2. Startup and Real Estate Costs Can Be High

While liquor stores are an established business model, owning one does have plenty of startup costs, including acquiring a liquor license. Most states require wannabe liquor store business owners to jump to dozens of hoops and pay a substantial amount in fees in order to acquire one.

And worst of all, acquiring your liquor license is tied to your retail location, so you need to be prepared to pony up the money to buy or lease a property before you’ve even secured the liquor license. Other profitable retail businesses like gas stations and normal convenience stores don’t have this additional expense and stress. Many people who want to own a liquor store decide that buying a business is easier than starting a liquor store business from scratch. 3. Profitability Can Be Low

Profit margins for liquor stores are often much smaller than the public realizes. While you can earn a good living as a liquor store owner, doing so will require that you be in the store, working hard alongside your employees. Owning a liquor store is not a cash cow and it won’t allow you to stay home and have a passive income.

Is Owning a Liquor Store Right For You?

If you enjoy being behind the counter and engaging with 21+ clientele, a liquor store might be a great business idea for you. If you’re looking to make a great income with very little work, you should consider another business option.

Whether owning a liquor store is a good fit for you will depend entirely on you and your business goals.

Thinking about applying for a small business loan to buy or start a liquor store?

The COVID-19 pandemic is causing disruption for business owners in liquor industry.
Read more: How to Manage Liquor Store Inventory